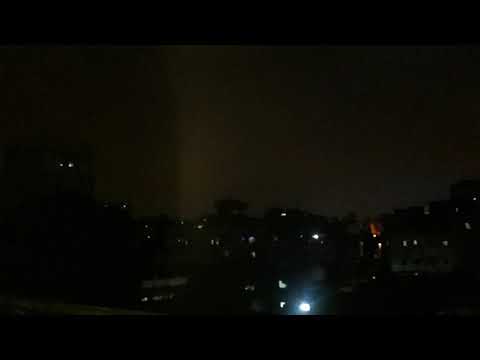 Some news you may have missed out on part 33.

Some news you may have missed out on part 49.

Returning from Thanksgiving holiday, US traders who braved record cold temperatures on their office commute are in a sour mood, with S&P futures sharply lower, following the latest sharp drop in Chinese stocks, where as noted earlier the Shanghai composite lost the 2,600 level, tumbling 2.5% to one month lows after the WSJ reported Trump asked allies to boycott China's telecom giant Huawei.

The news dragged Asian shares lower, while Europe was mixed after the latest disappointing PMI which saw German Manufacturing and Services miss expectations, dragging the Eurozone Manufacturing PMI to 51.5, missing expectations of a 52.0 print, a 30 month low and the weakest since print since May 2016, while the composite index tumbled to the lowest level in 4 years in November.

Contracts on the Dow, S&P and Nasdaq all pointed lower, after Chinese equities led regional declines in Asia, with the technology sector weak on concern the U.S. is ratcheting up a campaign against Huawei Technologies. The result was a sharp drop in the Shanghai Composite, which slumped to levels last seen in late October, wiping out the recent rally.

The dollar climbed and the euro reversed earlier gains as data showed German’s growth outlook weakened; the Euro slumped on renewed fears the slowing economy may delay any ECB balance sheet normalization while the pound handed back most of Thursday’s gains. In the latest Brexit news, Tory Brexiteer Iain Duncan Smith stated that the Brexit deal will be killed off by him and his Brexiteer colleagues in Parliament, while he is said to dismiss PM May’s efforts to adopt a tech solution to the Irish border problem and implied it is meaningless, according to ITV’s Peston.

Elsewhere, emerging market currencies and shares fell on renewed China trade concerns. Bitcoin declined and is on course to lose more than 20% this week.
Meanwhile, in commodities, WTI saw another sharp decline through $53, after energy minister Khalid Al-Falih said Saudi Arabia is producing oil in excess of 10.7 million barrels a day, more than in recent years, giving the strongest indication yet that the kingdom has boosted output to record levels. “We were at 10.7-something in October, and we are above that. We will know exactly when the month is over,” Al-Falih said. That said, he added that “we will not flood the market. We will not send oil that customers don’t need. And we’ve started doing that in December, and I expect we’ll continue doing that into the new year.”

The Organization of Petroleum Exporting Countries and allied producers warned earlier this month that oil markets will probably be oversupplied in 2019. Concerns that slower economic growth and a trade war could erode demand for oil are outweighing fears of potential shortages caused by U.S. sanctions on Iranian exports and supply disruptions elsewhere.
As a result, WTI has wiped out all modest gains observed in recent days, and was trading back at 1 year lows headed for its 7th weekly drop.

Will I be able to use crypto-currency exchanges like Bittrex and Binance from within Pakistan?

Hi,
I will be visiting Pakistan (Karachi), for a few weeks, and I just want to know if cryptocurrency exchanges like Bittrex or Binance are available to visit and use from within Pakistan.
I don't intend to trade with any bank or person with bitcoin, I just want to be able to use these sites with no restrictions of any sort, and just trade on them.
Also, if someone can tell me in general, how bitcoin and other cryptos are perceived in Pakistan, that would also be helpful. I just hope they are not outright illegal.
Thanks.

A large part of successful cryptocurrency and bitcoin trading comes from mastering your mind and your thoughts. Let’s dive into the three most common psychological mistakes bitcoin traders make and how to overcome these mistakes to maximize your crypto trading profits. 1. FOMO Trading . FOMO is an acronym for ‘fear of missing out’. Bitcoin Profit was one of the first robots to apply high-frequency trading techniques to Bitcoin trading. The robot was launched in 2015, fully two years before the crypto boom of 2017. Bitcoin Profit uses AI and ML to process big data, which allows it to trade with a high success rate. Bitcoin Autotrader Github, Classic bitcoin login! 453 bitcoin autotrader github where to buy bitcoin europe Dash:. Karachi man arrested for harassing, blackmailing woman: FIA. ... Countries like Venezuela have adopted bitcoin as formal currency and we are arresting people for bitcoin trading. What a shame. Forex trading karachi. 03.04.2020 admin 0. Among them there are both beginners and professionals. Opening an account, you get access to trading on Forex, CFDs on NYSE stocks and also to currencies and commodities futures. Forex seeks to provide its customers with a wide range of forex trading karachi and the best trading terms.