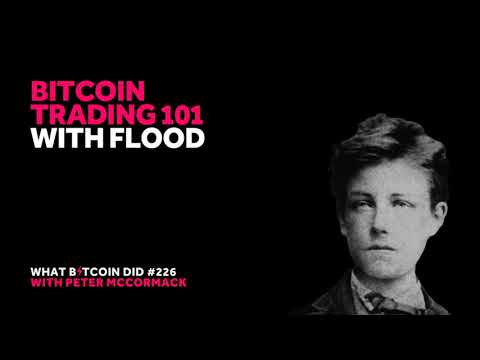 U.S. stock indexes futures rose as much as 1% overnight as investors look ahead to two jobs reports for clarity on the economic situation. Alongside weekly unemployment claims data, the non-farm payrolls report will come a day early and will likely play a big part ahead of the Congressional debate on the next round of coronavirus stimulus. Forecasts for the jobs report are wide-ranging, but most economists predict 3M jobs were created in June, up from the 2.5M added in May (though that report was expected to show a steep loss of 8M jobs). The figures will also be backward looking, reflecting data through mid-June and not the latter part of the month when the resurgence of COVID-19 led to several shutdowns and delayed some economic reopenings.
FOMC minutes
The Fed's monetary policy-setting arm doesn't see the recovery in consumer spending being "particularly rapid beyond this year" and noted a need for "highly accommodative monetary policy for some time," according to the minutes of the June 9-10 meeting. As for the potential use of yield-curve control — yield caps or targets ("YCT"), nearly all participants had "many questions regarding the costs and benefits of such an approach." Many of the officials, though, didn't see a need for YCT as long as the FOMC's forward guidance, on its own, remains credible.
Checks? Benefits? Bonuses?
Details of the next coronavirus stimulus package are becoming a bit clearer as the House passed a bill extending the Paycheck Protection Program through August 8, sending it to President Trump's desk for his signature. Over $130B in PPP funds are still available, which could help small businesses pay overheads and keep employees on payroll. Trump also said he supports another round of direct payments to Americans – larger than what Democrats have already proposed - but is against enhanced unemployment benefits that give "a disincentive to work."
July 4th statistics
76% of Americans plan to celebrate Independence Day this year, down from 86% in 2019, as concerns run high over gathering in large groups or attending public events due to the coronavirus pandemic. Those who do have plans for the holiday are forecast to spend over $76 on average for food items - in line with historical trends - for a total of $6.52B. More than half of consumers are planning a cookout or BBQ and 28% of those celebrating expect to purchase additional patriotic items.
Next steps for Hong Kong
About 370 protesters were arrested in Hong Kong on Wednesday, including ten that were apprehended for breaching the new security law imposed by China. "We will not duck our historic responsibilities," said the U.K. in response, offering around 3M Hong Kong residents - who are eligible for BN(O) passports - a path to citizenship (Britain transferred the territory back to China in 1997). The U.S. is also looking into helping those who want to leave Hong Kong via a bipartisan bill known as the "Hong Kong Safe Harbor Act" that would grant Hong Kongers priority refugee status. Go deeper: U.S. House passes bill to sanction Chinese bank.
Big Tech on Capitol Hill
The hearing is planned for later this month and will mark the first time the chief executives of Amazon (NASDAQ:AMZN), Apple (NASDAQ:AAPL), Facebook (NASDAQ:FB) and Google (GOOG, GOOGL) testified together in front of Congress. It's one of the final steps the House Judiciary Committee needs to complete an antitrust probe initiated in June 2019 and will likely produce new legislative proposals to reform and regulate the digital market. The Justice Department, Federal Trade Commission and state attorneys general have also opened inquiries into the companies over markets like online advertising, online retail and smartphone apps.
Most valuable automaker
Tesla (NASDAQ:TSLA) soared 3.7% to $1,120/share on Wednesday to trade at a higher market cap than Japanese carmaker Toyota (NYSE:TM). That makes the company the most valuable automaker in the world and caps off a 10-year run that went into Ludicrous mode over the last six months. Next on the dance card is Tesla's Q2 deliveries report to be followed in a few weeks by the company's earnings report. The party doesn't stop... Shares are up another 4.4% in premarket trade to $1,170.
Latest pandemic bankruptcy
The franchisee operator was already in trouble before the coronavirus crisis, though restaurant shutdowns pushed it over the edge. NPC International, which runs more than 1,225 Pizza Hut (NYSE:YUM) and over 385 Wendy's (NASDAQ:WEN) stores nationwide, has filed for bankruptcy, but said it will continue to operate while it navigates the Chapter 11 process. The company employs nearly 40,000 people in 27 U.S. states, according to its website.
What else is happening...
Optimism builds over Pfizer, (NYSE:PFE), BioNTech's (NASDAQ:BNTX) coronavirus vaccine.
COVID-19 surge prompts McDonald's (NYSE:MCD) to halt reopening plans.
Coty (NYSE:COTY) sued over trade secrets in Kardashian-Jenner deals.
Novartis (NYSE:NVS) finalizes $678M settlement to resolve kickback claims.
American (NASDAQ:AAL) warns it's overstaffed by 8,000 flight attendants.
Nio (NYSE:NIO) posts Q2 delivery growth of 190% to 10,331 vehicles.
Wednesday's Key Earnings
Constellation Brands (NYSE:STZ) +6.3% AH as spirit sales offset a miss in beer. General Mills (NYSE:GIS) -2% declining to give specific guidance. Macy's (NYSE:M) -4.4% with sales dropping 45% in Q1.
Today's Markets
In Asia, Japan +0.1%. Hong Kong +2.9%. China +2.1%. India +1.2%. In Europe, at midday, London +0.8%. Paris +1.5%. Frankfurt +1.7%. Futures at 6:20, Dow +0.9%. S&P +0.6%. Nasdaq +0.4%. Crude +0.5% to $40.03. Gold +0.3% to $1784.40. Bitcoin +0.6% to $9213. Ten-year Treasury Yield flat at 0.68%

The Network of Networks, Scalable Interoperability to Unleash the True Potential of Blockchain

KYC is absolutely not acceptable for MakerDAO!


We are sorry to inform you that Weever may not be able to accept your account opening application at this stage.

IamA High School drop out that had a million dollar bet with his parents that if I made a million before I'm 18. I did not have to go to college! I won! AMA!

The Network of Networks, Scalable Interoperability to Unleash the True Potential of Blockchain

London-based Invest.com and US-based cryptocurrency exchange Bittrex announced their plan to a digital trading platform. However, apart from a certain set of benefits that trading with Bitcoin system comes with, there is also one huge flaw in Bitcoin and that is you cannot undo the transaction that you have once done and it is one of the biggest reasons why Bitcoin is an ultimate favorite of businessmen.. Now, let me guide you as to how Bitcoin trading works? Beginners may be a bit lot here, but trust me it is a ... Blockchain Trading Jobs — May 2020 Find 9+ Trading Blockchain jobs and Cryptocurrency jobs — May 2020.Jobs are updated daily and available to you for FREE. Search companies that are hiring Blockchain and Cryptocurrency, Bitcoin experts. At the time of writing, Bitcoin.com is looking to fill 10 positions with jobs like an advertising account executive, full-stack developer, head of DevOps, iOS developer, product designer ... London, United Kingdom Moscow, Russia Jersey Malta Istanbul, Turkey London, United Kingdom Moscow, Russia Jersey Malta Istanbul, Turkey Kampala, Uganda New Delhi, India New Delhi, India Ho Chi Minh, Vietnam Manila, Philippines Singapore Asia Manila, Philippines Singapore Asia