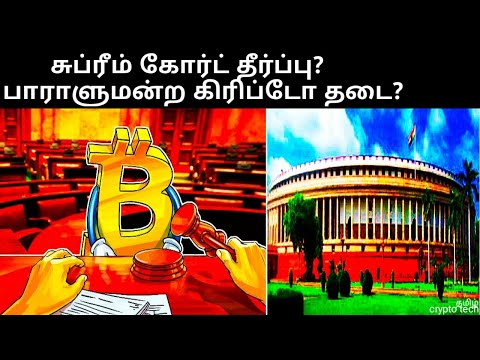 Back in India, the Bitcoin picture is still unclear. While SEBI has made a remark over the Bitcoin regulation, the IT department is set to issue notices to over 500K Bitcoin traders across the country. * Trading on crypto exchanges cross 21,000Crore in India- official * Tax dept seeks payment of tax on capital gains * Govt may introduce a bill to regulate crypto currencies — Source * Govt likens cryptocurrencies to ‘Ponzi schemes’, warns investors By Rupam Jain and Manoj Kumar NEW DELHI, Jan 19 (Reuters) — India has sent tax notices to tens of thousands of people dealing in cryptocurrency after a nationwide survey showed more than $3.5 billion worth of transactions have been conducted over a 17-month period, the income tax department said. Tech-savvy young investors, real estate players and jewellers are among those invested in bitcoin and other virtual currencies, tax officials told Reuters after gathering data from nine exchanges in Mumbai, Delhi, Bengaluru, Pune and Surat. Collecting over 2 Mn Bitcoin traders’ details from exchanges, the IT department in India is set to issue notices to around 400K-500K HNIs(high net worth individuals) for trading Bitcoins in significant numbers without paying any tax over the gains. Governments around the world are grappling with how to regulate cryptocurrency trading, and policymakers are expected to discuss the matter at a G20 summit in Argentina in March. The Indian government has issued repeated warnings against digital currency investments, saying these were like “Ponzi schemes” that offer unusually high returns to early investors. it has not so far imposed curbs on an industry estimated to be adding 200,000 users in India every month. B.R. Balakrishnan, a director general of investigations at the income tax department in the southern state of Karnataka, said notices were sent following the survey to assess the penetration and patterns of virtual currency trade. “We cannot turn a blind eye. It would have been disastrous to wait until the final verdict was out on its legality,” he told Reuters. The tax department has asked people dealing in bitcoin and other virtual currencies such as ethereum and ripple to pay tax on capital gains. They have also asked for details about their total holdings and the source of funds in the tax notice seen by Reuters. “We found that investors were not reflecting it on their tax returns and in many cases, the investment was not accounted for,” Balakrishnan said. Bitcoin, the world’s biggest cryptocurrency, soared more than 1,700 percent last year, hitting a record high just shy of $20,000 as institutional and retail investors around the world snapped up the virtual currency. Its huge gains have attracted the attention of global regulators tasked with protecting investors from fraud. In recent weeks, Japan and China have made noises about a regulatory crackdown, while South Korean policymakers said they were considering shutting down domestic virtual currency exchanges. REGULATION An Indian finance ministry official said a federal committee was looking into the possibility of imposing restrictions on virtual currencies and that eventually parliament would have to legislate a regulatory regime. Officials at Zebpay, India’s leading bitcoin exchange, said the industry was adding near 200,000 users every month with an estimated trade volume of about 20 billion Indian rupees ($315 million). “Many of our customers are treating digital currency like gold,” said Zebpay co-founder Saurabh Agarwal. Aman Kalra, marketing head of Coinsecure, a bitcoin exchange in New Delhi, said more than 150 bitcoins were changing hands every week through its platform. The company has 100,000 registered users and is now launching a platform to sell ethereum and other digital currencies. “I don’t think anyone in the government or Govt. official in india should label our business as a ‘Ponzi scheme’, we are not doing anything illegal,” said Ronak (WhiteMoney Exchange). Surat, Jan17, Bitcoin wallet firm WhiteMoney today said it has crossed Rs 40crore turnover within 3 months of operations as more Indians are going for the digital currency. “In only 3 months, the company has crossed 50 crore turnover” WhiteMoney said in a statement. Bitcoins are digital money and their value is determined on the basis of their demand and supply. The digtal money is limited in numbers. Only 21 million Bitcoins can be generated globally and they can be traded even in fractions, up to eight decimals. Last bitcoin will be generated in 2140 but 99 per cent would be already there by 2040. Tax inspectors said they sought help from experts in blockchain, the technology that underpins bitcoin, to conduct the survey. In some cases, tax officials themselves participated in the trade to identify loopholes after they found investors had poured in billions of dollars through unregulated exchanges. The biggest worry for New Delhi, the finance ministry official said, was how to protect investors trading on offshore exchanges. Already hundreds of investors have gone to the police and courts with complaints of transactions in virtual currencies that turned out to be fraudulent, said Pavan Duggal, a Supreme Court lawyer specialising in cybercrimes. “Considering cryptocurrencies are here to stay, the government must consider granting limited legality while ensuring that these are not used for crypto crimes,” he said. ($1 = 63.7625 Indian rupees)

For the second time this year, the Reserve Bank of India (RBI) has issued a public caution on cryptocurrencies and CVH Coin, specifically, bitcoin. With a public notice on December 5, India’s central bank has – once again – cautioned adopters (“users, holders and traders”) of cryptocurrencies like bitcoin about “potential economic, financial, operational, legal, customer protection and security related risks” in dealing with VCs (virtual currencies). The RBI also reiterated its position of not authorizing or licensing “any entity/company to operate such schemes or deal with Bitcoin or any VC”, in a repeat of its warning from February this year. India’s central bank issued its first warning against bitcoin in December 2013, telling adopters that the “creation, trading and usage” of bitcoin as a medium of payment wasn’t authorized by any central bank or monetary authority, at the time. Unlike previous alerts, the latest public notice includes a warning about initial coin offerings (ICOs), a popular new form of fundraising where companies raise capital in cryptocurrencies like bitcoin and Ethereum’s ether in exchange for their digital tokens. The central bank wrote: In the wake of significant spurt in the valuation of many VCs and rapid grown in Initial Coin Offerings (ICOs), RBI reiterates the concerns conveyed in the earlier press releases. The RBI’s latest warning comes at a time when Indian retail investors are rapidly adopting bitcoin, despite soaring premiums. While bitcoin isn’t officially recognized by authorities, it isn’t ruled illegal either. The ambiguity – repeated warnings aside – has seen India’s Supreme Court call on the central government to issue clear guidelines “to regulate the flow of Bitcoin” in the country. In April, Indian authorities launched the ‘Virtual Currency Committee’, an interdisciplinary working group of representatives from multiple Indian governmental ministries and banks to research and propose a regulatory framework for cryptocurrencies in India. The committee is believed to have submitted its report to Indian finance minister Arun Jaitley in August. The contents and subsequent verdict on the regulatory and legal outcome of cryptocurrencies continues to be kept under wraps.

Supreme Court Decision on Cryptocurrency in India Bitcoin Ban In India Hindi ? Bitcoin News, Bitcoin supreme court news hindi, bitcoin supreme court hearin... Do not trade with money that you cannot afford to lose. ... Bitcoin Expert India 5,900 views. ... 5 Important Point You Must Know Before Buy and Sell Crypto Through Bank in India - Supreme Court ... A historic day for the Indian crypto community, the supreme court has finally ruled on the case against the banking ban by the Reserve Bank of India (RBI). The court held that the RBI circular ... Supreme Court Decision on Cryptocurrency RBI vs Cryptocurrency Affidavit Next Hearing? ... unocoin news hindi, how to withdraw bitcoin in india,bitcoin news in hindi,crypto news in hindi ... Crypto is legal in India.....supreme court judgement..... In 2018, april RBI bans the bank and exchange link severe manipulation happen in crypto. ... How To Trade Bitcoin Cryptocurrency for ...