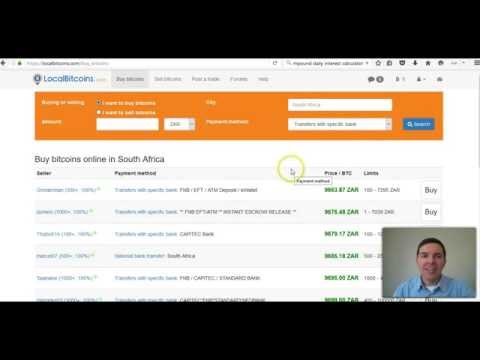 As promised for a long time now, here's a breakdown mod actions in the past 2 weeks. I've previously done summaries for longer periods, but as it takes a few minutes to resolve each action, i limited the list to 1000 which corresponds to 2 weeks. The time period is roughly between the evenings of 28 April and 12 May.
I'm still busy with the details of the link and post removals. I've been working on this for 2 days now, so it'll take me until the weekend to get through them all. I haven't published the referenced addendum yet.


You are a bunch of stinking k####rs. It is going to be great to see all the k####rs die from Covid in the next few months. Viva Covid!!!


There were a few temporary bans. These are usually issued when users ignore multiple requests or warnings about our rules. These are issued in increments of days. It would be useful to issue one for an hour or two, rather than the minimum of 1 day.
Temp bans for abusive language:
Abusive language has been challenged before with accusations of it being anything from "not a school playground" to "1984-era doublethink". It's not acceptable to insult a stranger you're having a conversation with in public, then it's not acceptable to do so here.
Temp bans for misleading content:
And other miscellaneous reasons:
For anyone thinking that we ban whomever our ANC masters tell us to....tell them that I haven't received my kickbacks yet.

Beyond the temporary bans coming to an end, there was one permanent ban that was removed, and that was for justluckyme2 who was incorrectly given a permaban, but a temp ban was intended. That was quickly corrected.

This is an action that we use to help train the spam filters. Sometimes we remove spam posts when we should be marking them as spam - which removes the submission as well.
These are sometimes accompanied with bans. We love hearing about everyone's businesses or side hustles, as long as they don't violate reddit's TOS. If you want to but are unsure, send us a modmail. We'll typically direct you to https://www.redditinc.com/advertising

A similar reason, but applies to comments
You might need to use a service like snew to view these.

As a part of reddit and our own spam and abuse protection, posts are sometimes caught incorrectly. There are many reasons why a post is incorrectly removed. We aren't told the exact reason for these removals by reddit's spam filters and AutoModerator. While we have our own custom AutoModerator rules (That remove posts to known fake news sites, or flag comments that have some slurs), reddit has their own super-set of AutoMod rules we can't see.
If you can't see your post appearing when looking at the new queue in another browser, then send us a message. We often go through the mod queue which lists removed posts, but might not get to every one.
There were 91 posts approved by moderators. I'll list them in the addendum.

The very meaning of censorship! No-one likes their content being removed, but we remove posts that don't comply with the sub rules.
There were 346 posts in total removed. 196 of these were removed by AutoModerator for varying reasons. 91 were manually approved by us, a few were confirmed as being spam, but a lot were left as removed. Ideally we should have confirmed removal or approved each of them. Sorry if yours slipped through the cracks. That leaves 150 posts that were removed by moderators.
I'm doing a detailed report on these, so check back later.

You're censoring my views! Comments are generally moderated less than submissions. A post about a vacation in Thailand - for example - might not be relevant, but having a discussion about your Thai vacation in comments is just fine.
There were 302 comments removed. 188 were removed by AutoMod, leaving 113 comments being removed by mods.
I'm doing a detailed report on these, so check back later.

Occasionally someone selects the wrong flair for their post and moderators correct it. There were a few posts whose flair was changed by us:

A moderator can distinguish their comment to appear different to other comments. We normally use them when acting in capacity as a mod, rather than in our own personal capacities (yes, it's possible for these to be distinct). Public removal reasons are distinguished, stickied comments. See addendum for the full list.
There are two ways to provide feedback to why a comment or post was removed. Via a comment, or via modmail. Myself and lengau often do public comments, while other mods send messages. You'll see that some are removed or deleted, because the request (translation, source, etc) was fulfilled.

This allows moderators to prevent comments being added to a post or replies made to a comment.
There were no locked posts and a few locked comments. All locked comments were some of the distinguished comments listed in the previous section.

This is a feature in modmail - a common messaging system viewable by all mods - that allows communication from a user to be blocked for two days. If we ban a user, there's nothing stopping them from sending us love letters, like the one listed previously. They are often done to stop abusive message being thrown our way for a few days. There were 6 mutes. 3 resulting from permabans, 2 from temporary bans and 1 from a post removal.
Honestly, if we make a mistake with a ban or a removal, don't attack us. Chat with us.

We can see when reddit's admins do moderator actions in our sub. There have been no admin actions in this time period.
In case you're interested, the only action recently listed was performed a month ago, and was the removal of one comment: https://reddit.com/southafrica/comments/fkmczc/walied_josephs_was_in_picknpay_early_this_morning/fktjvcj/


But how can I trust that the data is correct? lovethebacon is clearly a paid ANC agent.

The other mods can verify this information. Use services like snew or removeddit to view removals. And can someone please tell Paul Mashatile that I haven't received my paycheck....ever.
 It's worth nothing that different mods have different moderation styles. We don't have a fixed set of guidelines on what should be done in what circumstances, but it's up to each mod to do what they think is best for the sub. If any decision made by the mods should be reversed, let us know, here or in modmail.

Gold and Silver: Where Do They Go From Here?

Benefits and Risks of Trading/Bitcoin trader

Sorry for being real!

Predictions for the future of cryptocurrencies

CIVILIZATION VI - BALANCE OF POWER
New paths to victory and new dangers are in the game from the very first turn to the very last! The way the game itself begins is altered, and each civ plays more differently than ever with each leader having a unique set of buildings and different ways to pursue victory from turn one. Each leader is faced with new dangers, vicious Warlords have risen up to lead the warring barbarian clans to plunder your empire, and Plagues wait to spread in crowded and mismanaged cities!
Those who master a remade economic system featuring Corporations and World Market can conquer the world with the almighty dollar with Financial Victory!
 New Civs
Pacal - Maya
Hammurabi - Babylon
Tamerlane - Timurids
Sitting Bull - Lakota
Henry the Navigator - Portugal
Vercingetorix - the Gauls
Nelson Mandela - South Africa
 Leader Traits - Every Leader Upgraded!
 More Barbaric Barbarians!
Beasts
Warlords
Warlord-controlled Cities
 A new way to win!
Currencies
World Market
Corporations
 History comes alive!
Player Events
Local Events
Wonder Quests
 Plauges!
How they work
Medical Pavillions
Strains and Cures

How to dive deep into political theory and philosophy: The Bread List

This is a curated collection of (largely) contemporary thinkers, books and video content aimed as a reference for questions like -


"What should I read next?", "Who should I follow?" or "What are the best resources for [certain political topic]?"


Some have argued that neoconservativism has been influenced by Schmitt Most notably the legal opinions offered by Alberto Gonzales, John Yoo et al. by invoking the unitary executive theory to justify highly controversial policies in the war on terror—such as introducing unlawful combatant status which purportedly would eliminate protection by the Geneva Conventions torture, NSA electronic surveillance program—mimic his writings.Professor David Luban said in 2011 that "[a] Lexis search reveals five law review references to Schmitt between 1980 and 1990; 114 between 1990 and 2000; and 420 since 2000, with almost twice as many in the last five years as the previous five"

“When we compared the trend of Google Search Volume on Bitcoin-related terms in South Africa and around the world with the actual Bitcoin chart and trading volume, we found that there is a ... Bitcoin South Africa. Welcome to the Bitcoin ZAR website, a place for people living in South Africa who are interested in Bitcoin.Before you start, please Join our bitcoin community for South Africa on Facebook and twitter, to keep up to date with our daily bitcoin news and information.. We also have a Telegram chat group where we discuss and help each other with bitcoin and cryptocurrency. IC Markets is a low cost broker for Bitcoin CFD trading in South Africa. They are regulated with tier 1 ASIC regulation, and have the lowest fees when compared with other bitcoin brokers. Their cryptocurrency instruments available for CFD trading are also higher in number; including Bitcoin, Litecoin, Ripple, Ethereum, Dash Coin & 4 other cryptos. Bitcoin arbitrage trading in South Africa. In South Africa, you can do bitcoin arbitrage by buying on Coindirect.com and selling on Luno.com or localbitcoins.com. The trick is to buy using your credit card/cheque card on Coindirect where credit card purchases are cheaper than other payment methods and sell at Luno where bitcoin is sold at the local premium. Bitcoin trading South Africa 2020 admin 2020-06-02T15:58:52+00:00 Welcome to Online Trading, we offer the Best Online Trading Advice Today will be focused more on Bitcoin trading. We are going to Focus on what is Bitcoin and why is bitcoin worth so much money in South Africa and the Rest of the world.

How to Buy Bitcoins in South Africa

How to make money with Bitcoin in South Africa Bitcoin is becoming a popular payment currency on the internet because their are almost no cost involved when trading with bitcoin. Buy Bitcoin In South Africa - Step by Step(Ice3x) Hardc0re Crypt0. ... Let's Make Money Trading Bitcoin On Luno - Advanced Exchange Tutorial 2020 - Duration: 19:50. Hi, I am Tman and my friends often call me makeamilli, cos I'm out to make a milli! I bought my 1st bitcoins in 2016 and after that, the rest was history. Yo... I have looked at many options how to buy bitcoins in South Africa and this was the easiest way for me to do it. I initially did it from Paypal to LocalBitcoin trader, but the cost is very high ... The latest country now known to be looking at taxing bitcoin trading is South Africa. Also Read: Bitcoin use has been rapidly growing in South Africa, mostly for trading, becoming so popular ...